Last week we posted the first of a two-part conversation with Heidi Traverso, former police officer and ATS in-house traffic solutions expert, in which she shared how some agencies are automating traffic management and maximizing resources using cloud technology and IoT specifically by leveraging conditional sensor messaging. In today’s post, we’ll talk about how some ATS customers are using real-time data to manage traffic flow and plan for the future.

How would I use conditional messaging in a work zone?

The challenge with work zones is the presence of traffic where workers and equipment are also present, which could cause injury, crashes and fatalities. Depending on the volume of vehicles and 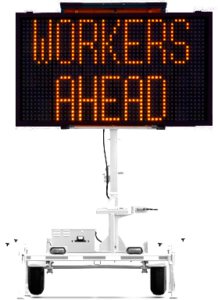 the speed limit, a municipality may not want to incur the expense of police enforcement at that site. By deploying web-enabled radar speed displays in work zones, you not only add that enforcement layer by reminding drivers to slow down, you can also track volume and speed for benchmarking purposes and monitor in real-time for ongoing tracking.  The data gathered by the radar speed displays are uploaded automatically to TraffiCloud where you can generate speed and volume reports in seconds for any date and/or time range. These reports may show you that your heaviest volume and highest percentage of speeding occurs Monday through Friday between 8-10am and Monday through Wednesday between 5-7pm, demonstrating with real data that police presence is needed during those times only. You can’t gain this kind of immediate insight if you have to go out to the equipment and download data constantly, then manage your data files and plug information into a spreadsheet.

The same process applies to vehicle queuing. If you have real-time queuing data, you can change your work zone intervals for allowing traffic through. You can view this information in real time, which allows you to create optimal traffic flow through the work zone or use conditional messaging to route vehicles to alternate routes. All this in real time, adaptive to current traffic conditions.

How can I use technology to control traffic flow? Let’s say I’ve got one intersection that, between 7am and 9am in the morning is awful, but only on some days. How can I reroute traffic when it gets to a certain point, away from there?

Congestion could be caused by the way the lights are timed at that intersection, it could a choke point, it could be an event-driven occurrence like a confluence of school buses.  Since we don’t have any means of knowing without collecting data and analyzing, I would just say to treat it as a segment of road. For example, if you are able to do a historical analysis of speed and volumes in an area, you can identify those pinch points and when they occur and reroute traffic away from the area using conditional messaging. For example, a job I am working on at the moment is for a city that is about to undertake a bridge replacement and they need to do two things—communicate  to the public in advance about the bridge closure and/or imminent delays and then, while it’s happening, let drivers know what and how long the delay is and advise them of the time required to cross the bridge versus taking an alternate route—so that they have the choice beforehand based on current congestion. 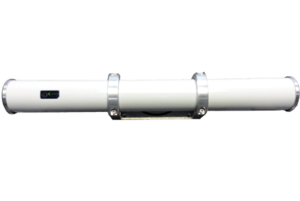 If they close all lanes except for one and they alternate traffic back and forth utilizing the one lane in timed intervals based on volume, that’s something that can be communicated in real time. Since you wouldn’t know if your westbound traffic is heavier than your eastbound or how it’s queuing up based on the work you’re doing, you need to perform a pre-engineering study. This can be easily accomplished if you have radar speed displays or count and classification devices. What I would do is put out a SpeedLane Pro counter classifier alongside a multilane road and for a month, collect a baseline for that area so you’ll know exactly when those volumes are heaviest, the percentage of cars on the road versus commercial vehicle traffic, how much of that is commuter traffic, and what are the peak hours and days. This information may really alter the course of how that project is conducted.

They might determine that nighttime is the most opportune time to do their roadwork because the impact to that commute is just too significant, or that they have to create additional shoulder lanes to move traffic through the area in a different way. If they are changing an intersection or a series of intersections, they may do a temporary roundabout. I’m working with another county who did that as well. They created a roundabout while designing an intersection so that traffic would flow well through that area. It has actually worked so well that they are going to keep and expand it.

By having easy access to traffic data allows you to make better engineering choices and use your resources more widely based. You can anticipate projected growth as well. If a housing development is being built and you know that X number of vehicles drive through that area currently, you need to accommodate that increase. Measuring current volumes, you can anticipate and prepare for those changes ahead of time.

So, having real-time traffic data enables a municipality to minimize congestion AND do it at a lower cost?

Yes. So many road projects were planned using traffic data from as much as three years ago or more. Population, roadways and conditions all change in that time, so doing real-time studies before, during and after construction ensures that you’re prepared and addressing current as well as future needs.  If you post that SpeedLane Pro counter classifier for the pre-study and you leave it up, you can see and measure the impact as you’re moving forward with your project.

You can infer from the trend that, “If it continues to increase at X percent, this is what it’s going to be like in a year”? 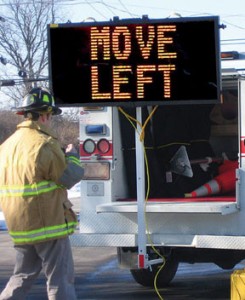 Yes! That’s traffic engineering. Universally, municipalities are doing this on a per-project basis, but if they have the technology at their disposal they can do multiple studies throughout the year very cost-effectively and easily.  I have another project going with a couple of engineers that don’t know how the project will proceed yet, but they want to know what their options are down the road. They know that the duration of the project is six months and there might be a pause.  the great part about this is if they own the technology, the gap doesn’t matter because they can adjust for it.

This county also is going to operate rolling work zones where the actual work is being conducted as they move. It could be shoulder work, it could be striping. To be able to advise and understand potential queuing volume enables two things. Number one, it makes it safer for the workers ahead because since they are constantly moving, there is no way to use barricades or lane delineators. Second, this active work zone may be confusing for a lot of drivers. By utilizing a variable message board like InstAlert 24 in front of the work zone, they can reroute traffic with the least amount of confusion as the work zone changes from one lane, to two lanes, to shoulder work.

Without this advanced notification, what happens is the vehicle in front sees the work, but three or five cars back won’t, causing a major backup, jamming brakes and unsafe conditions for the workers.

What about using technology for traffic calming, setting speed limits, working with the community and traffic studies?

Most traffic complaints to law enforcement are complaints or speed studies that get routed to the police department. If it’s a speed study, many times Public Works will conduct that study. One city I’m working with is going to upgrade their 40 unconnected signs to be smart units so they can gather data and upload it to TraffiCloud. As the city grows and expands, they need a really accurate idea of how that population is moving and the impact on traffic on the edges of their city.  As congestion gets worse, they can tie it back and track population growth through speeds and volume and how those impact major highways or throughways.

What other technology-driven traffic tools do you want departments of transportation, public works or traffic safety to know about?

One big thing is preemption devices. One aspect that I’ve been studying in a lot of different cities is the impact of commercial vehicles traffic on congested inner-city roads or municipalities.  They are trying to deliver goods, but they can cause severe congestion. They need to make wide turns, they’re slow to move, they’re slow to stop and potentially triggering unsafe traffic conditions. By combining our counter classifiers with ATS tools like Virtual DriveTimes or Time to Destination, cities can route trucks onto designated roads, rather than allowing them to trudge through a downtown area. 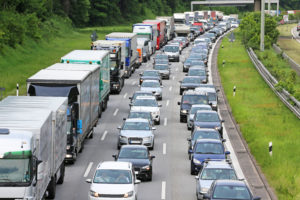 For example, if you’ve got a business route or a ring road that commercial rigs could use as an option, by letting them know in advance that there is a commercial vehicle route that favors them, that holds the green longer for that direction of traffic, you’ll keep lots of trucks from the inner-city parts and you’ve done something positive for commercial commerce.  You are giving that segment of the traffic population a benefit—they can get through, make their deliveries without the frustrations of dealing with inner-city traffic and congestion, and you’re giving them a favored route. Usually, it’s all about no commercial rigs, wrong way, do not enter, high restriction, weight restriction… by giving them alternate routes that favor they feel rewarded instead of punished.

The bridge network in this country is one of the most under-addressed transportation infrastructure components. Right now, one of my major metropolitan clients is using a SpeedAlert 18 radar speed display integrated with our SpeedLane Pro counter classifier to classify each vehicle before it enters the road to the bridge.  If the vehicle is commercial it immediately triggers the sign to say, “No commercial vehicles.”

You can direct each driver to either not go through or give them an alternate route. All these way-finding apps don’t distinguish commercial rigs from private vehicles. A commercial driver who is unfamiliar with an area, as many are, gets there with Waze or Google Maps, which directs them to go through an area which is a hazard, but it also causes tremendous angst for that city. I’m working on a different project that redirects drivers, compelling them to ignore their GPS and take the route the city wants them to take. The city is communicating with them, telling them, “Ignore your app. This is our city. We need you to comply with our directions through the city.”

Heidi, thanks so much for sitting down with us, and for the great tips and tricks on how any municipality can improve traffic flow and safety, expand their services and reduce their costs using connected traffic devices, the IoT and the Cloud.

Learn about our connected Count and Classify solutions.