What does 85th percentile mean? A concept to improve traffic safety

There are a few concepts that are important to understand before diving into traffic data — and perhaps no other concept is more important than the 85th Percentile.

What does 85th percentile mean?

The 85th Percentile is the maximum speed that 85% of drivers will not exceed on a given road if there were no stop signs, speed limits, or traffic signals. It’s seen as the safest speed on the roadway because 85% of the vehicles are naturally at that speed or below it. The majority of drivers drive safely because it is in their own self-interest to remain safe.

15% of drivers cause most of the accidents on the road.

85th percentile speed is important in traffic management as it is critical data in setting speed limits. Most drivers behave in a safe and reasonable manner, do not drive at excessive speeds, and do not want to get into crashes. Research shows that vehicles traveling between the 50th and 85th percentile of speed have the lowest risk of crashing due to speed and drivers who exceed the 90th percentile have a significantly higher risk of crashing. Therefore many vehicles exceeding the 85th percentile rule are the ones causing the majority of the accidents.

Now that we’ve answered “What does 85th percentile mean?”, it’s important to acknowledge that this metric is a good starting point for traffic engineers to determine where the speed limit should be set. Generally, other safety factors of the roadway must also be considered before the actual speed limit is determined. The end result is typically a speed limit that is between 10 mph lower than and the 85th percentile.

Drivers don’t slow themselves down

Once this concept is learned and understood, it can be helpful in analyzing traffic data. For example, let’s say a new daycare is built and despite a posted speed limit of 25 mph, drivers are going much faster than that past the school.

To solve this issue, something is needed to slow down the vehicles such as a road diet (narrowing the lanes), adding speed bumps, or a radar speed feedback sign. Along with those additions, an automated speed enforcement camera or putting an officer on the road are also speeding solutions to calm traffic on a busy road. Drivers often need a reminder to slow them down. 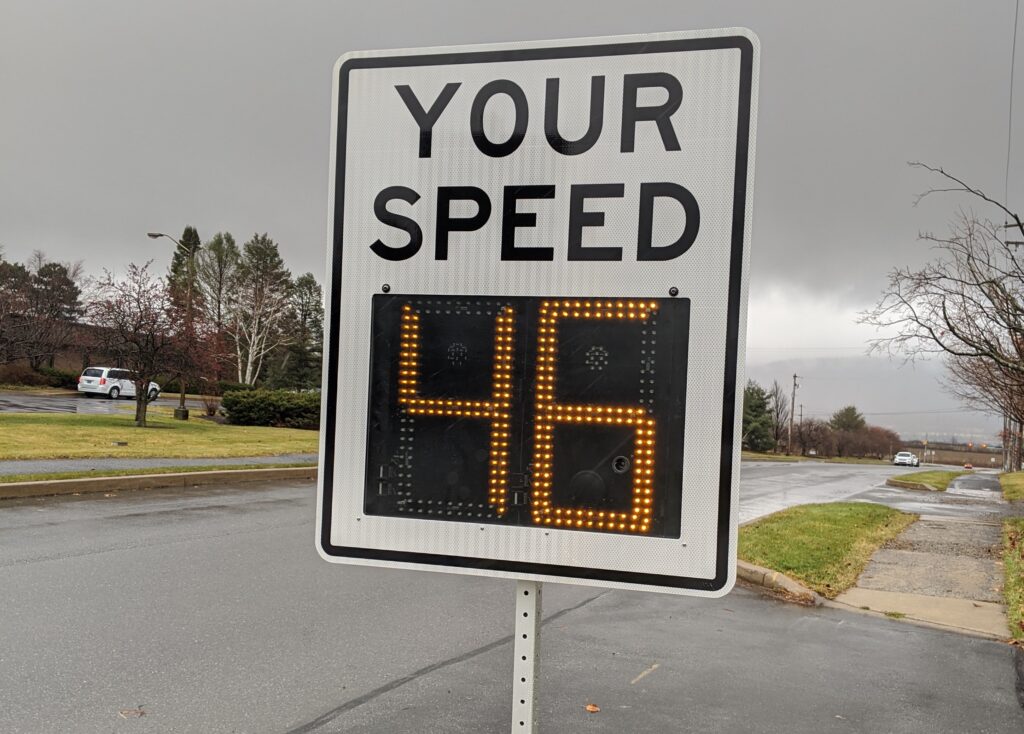 How to quickly collect data on the 85th Percentile

Radar signs that collect data are a good tool for helping determine the 85th Percentile on a problematic road. Users just need to set up the sign and allow it to start collecting data. Today’s signs even automatically upload data to the cloud and run reports without driving out to the sign. The analysis is just a couple of clicks away instead of hours collecting the data and poring over an excel sheet. 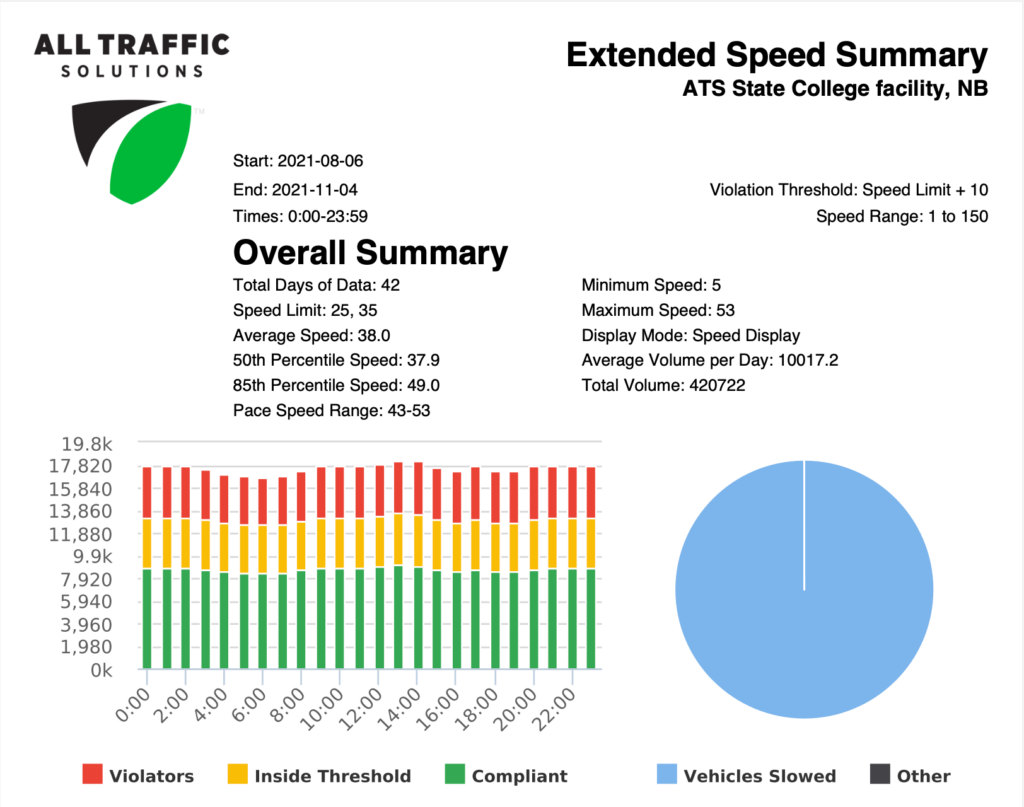 There is much more to learn about analyzing traffic data but this metric is one of the first and most important concepts needed to make our roads safe. Hopefully, this blog answered the question: “What does 85th percentile mean?”